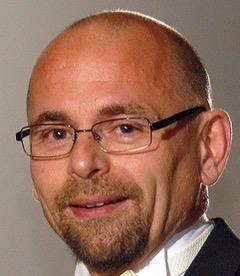 The Organ Historical Society, Villanova, Pa. has announced the appointment of Warren Edward (Ed) McCall as its new CEO. He will assume responsibilities on August 1, 2018 and will succeed James Weaver, who is retiring, having served in that position since 2010.

Ed is a graduate of the University of Toronto with a major in music and computer studies. He has a Master of Music degree from Westminster Choir College and has taught there. He is Artistic Director of Cantus Novus in Yardley, Pa. and Organist/Choir Director at St. Paul’s Episcopal Church in Doylestown, Pa. From 2010?–?2012, Ed was Executive Director of the prestigious St. Michael’s Choir School in Toronto, where he served as the chief administrative officer with responsibility for managing the daily operations of the school and a budget of $1.5 million.

Michael Quimby, Board Chairman, observed that Edward McCall’s appointment is the result of a thorough international search, and that he is delighted to welcome Edward McCall to this important position. Edward McCall commented, “The opportunity to lead a world-class organization such as the Organ Historical Society is an honor and privilege.”